The document presents how to prepare and store the individual VESPA service resource descriptors for DaCHS.

In the DaCHS framework architecture, each service is described in a dedicated directory on the server, located in the /var/gavo/inputs directory. We propose to set up a git repository in each VESPA service directory.

The VESPA service directory git repository is mirrored on an online git facility (such as Gitlab or Github). The VESPA team is proposing to host the repository mirrors on there own gitlab servers, allowing sharing access (and restricting access when necessary). The corresponding gitlab repository is used as a working copy, where several branches can be maintained (for developing new capabilities), and gitlab issues can be raised to discuss problems, fixes, proposition, improvements... This architecture allows to easily deploy prototype services on sandbox servers for testing purposes and deploy finalized versions (eventually using automated testing, and deployment capabilities of code releases).

Since we propose to manage the VESPA service directory git repository through gitlab, each repository should contain a README.md file, briefly presenting the service and the deployment. Extra deployment scripts may be included (e.g., scripts to download data, if stored in an external repository).  In this case, git capabilities such as .gitignore (to exclude files added with the deployment scripts) or .gitkeep (to keep empty directories in preparation for the deployment) should be used.

A licence should also be selected and advertised.

This example shows the process for the planets service, a very simple VESPA service, hosted on voparis-tap-planeto.obspm.fr. The gitlab repository is located at: https://voparis-gitlab.obspm.fr/vespa/dachs/services/padc/voparis-tap-planeto/planets.

On the voparis-tap-planeto.obspm.fr server,  the installation goes this way:

After some modifications on the gitlab repository, the new version is fetched (git pull), and deployed (dachs imp q): 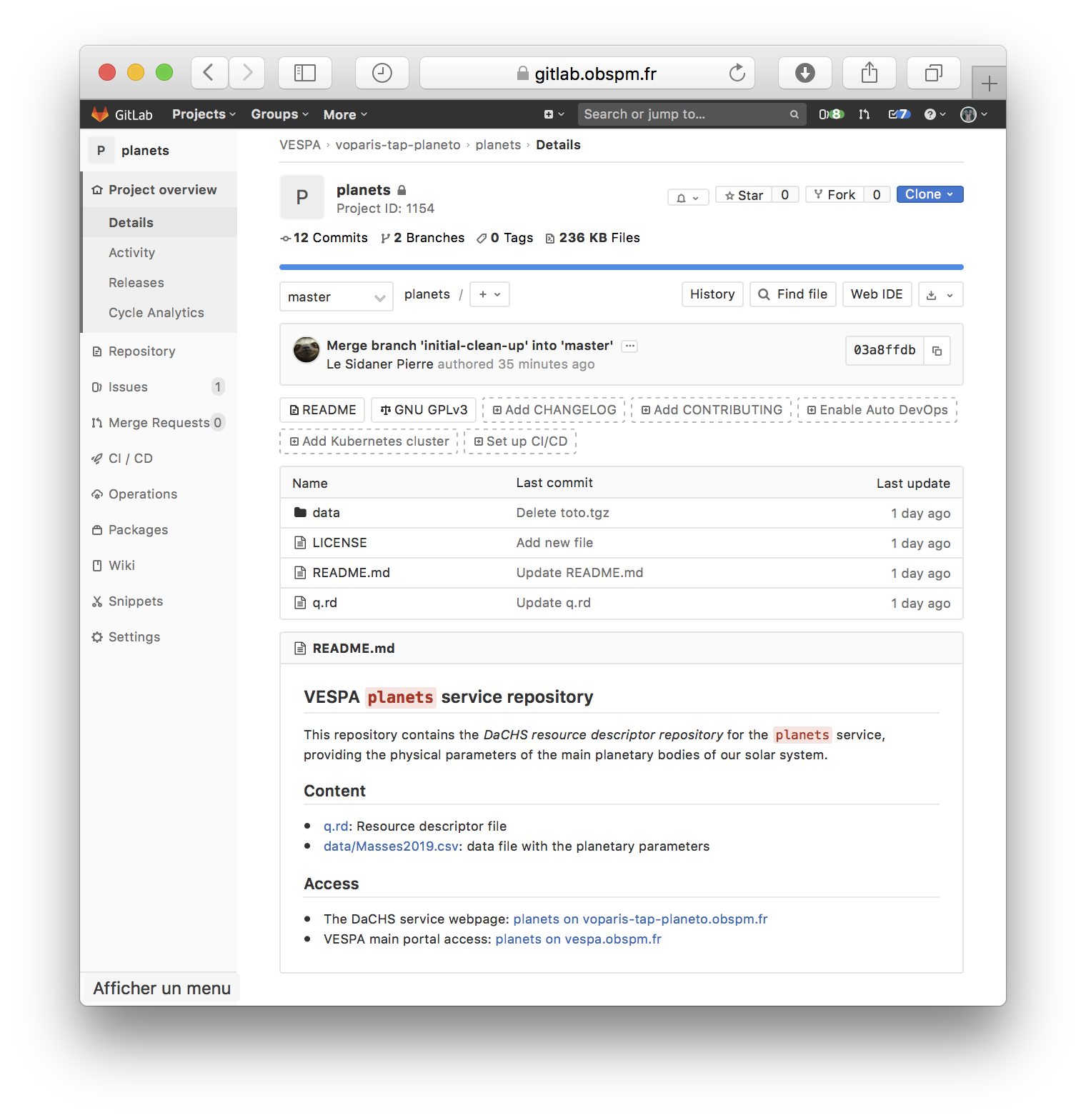