(in Axes / Projection)
Projection =  sin (i.e. sphere, for orthographic projection), but car (plate carrée / cylindrical) is and Aitoff are also possible (will not rotate)
Uncheck Reflect longitude axis, (keep it checked only if coordinates are provided with W longitudes)
View Sky System: Equatorial,

Healpix is a tesselation system on the sphere, which depends on a resolution/scale parameter. It provides regular sampling in surface, with no singularity (poles).
When using this system, TOPCAT will integrate elements included in the corresponding cells. The benefit is to easily get a combined map from sparse data; the result is also scalable in resolution: at least degradation is performed correctly by combining healpix cells.
Cell size (in FoV size, ie in longitude at Equator): scale 6 ~ 1°, 12 ~ 1', 18 ~ 1"
Map projections From the SkyPlot window, several map projections are available with this mode are (in Axes panel): "sin" (actually: orthographic, 3D), Aitoff (all surface visible, minimize deformations near the poles), and "car" (cylindrical).

• Back to • In the Form panel, select parameter to plot as Weight (will be weighted by density), select combine mode, and adjust scale. Healpix generation is performed on the fly, so all scales are OKcan be selected.

• From v4• HEALPix-fits maps from TOPCAT (>v4.6-3, TOPCAT HEALPix-fits maps can ) open in Aladin and can be, e.g., superposed on a planetary HiPS. Aladin prototype v10.1 (based on v10.127) is required to plot the HEALPix map with correct orientation (set longitude = ascending in Properties panel of the HiPS).

This other method is adapted when you have only 1 or 0 data / healpix cell, ie if the grouping has already been done in a previous step (e.g., with an ADQL query to group data by healpix cellsHEALPix cells, or when opening a previous HEALPix-fits map). It is  is not intended to group or average table rows in the cells interactively.

• When FoV have 4 corners (or only3only 3), use Add New Quadrilateral Plot in a SkyPlot or PlanePlot window 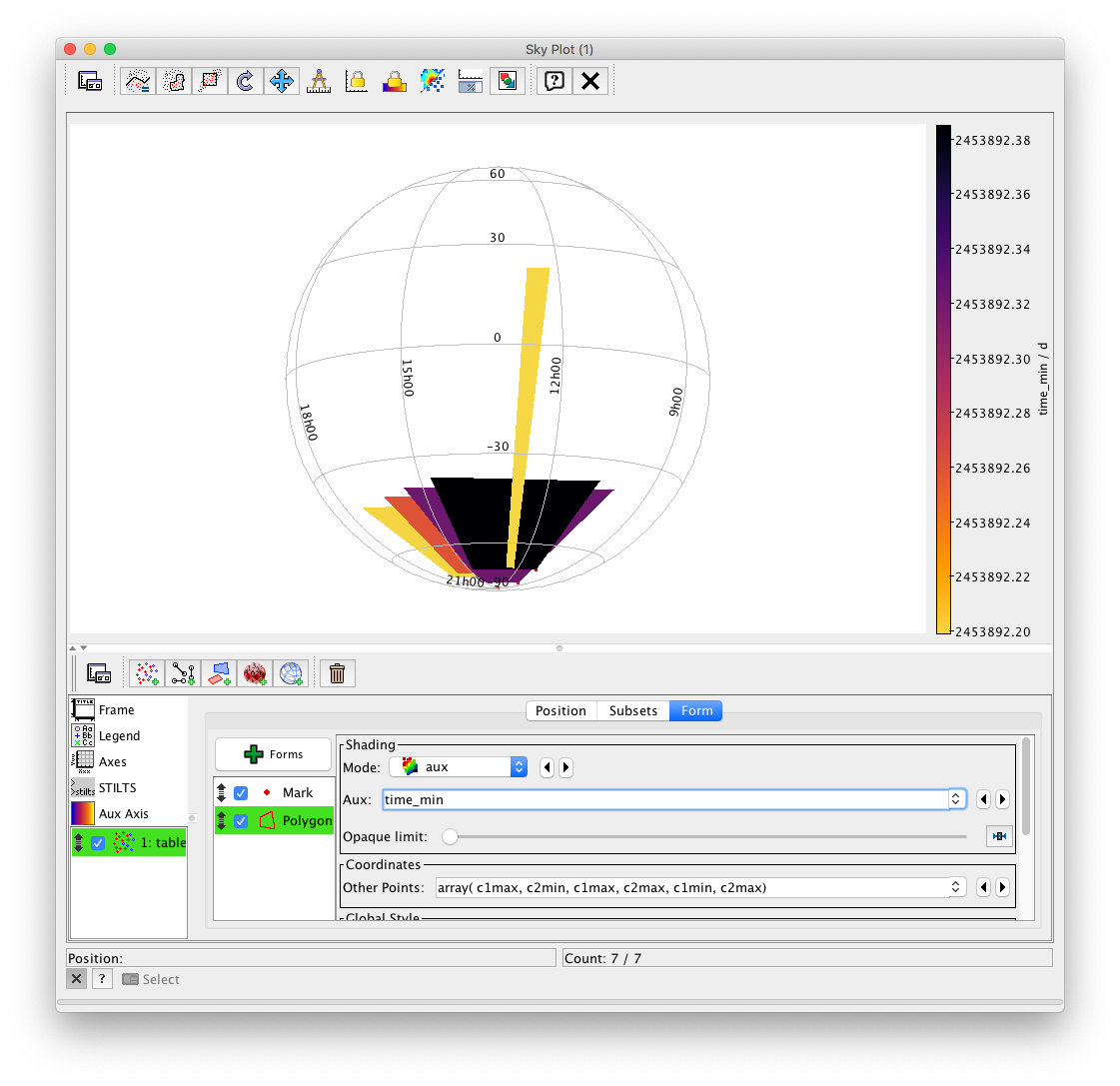 This applies either to image contours, to individual FoV for spectra, or and to other situations: